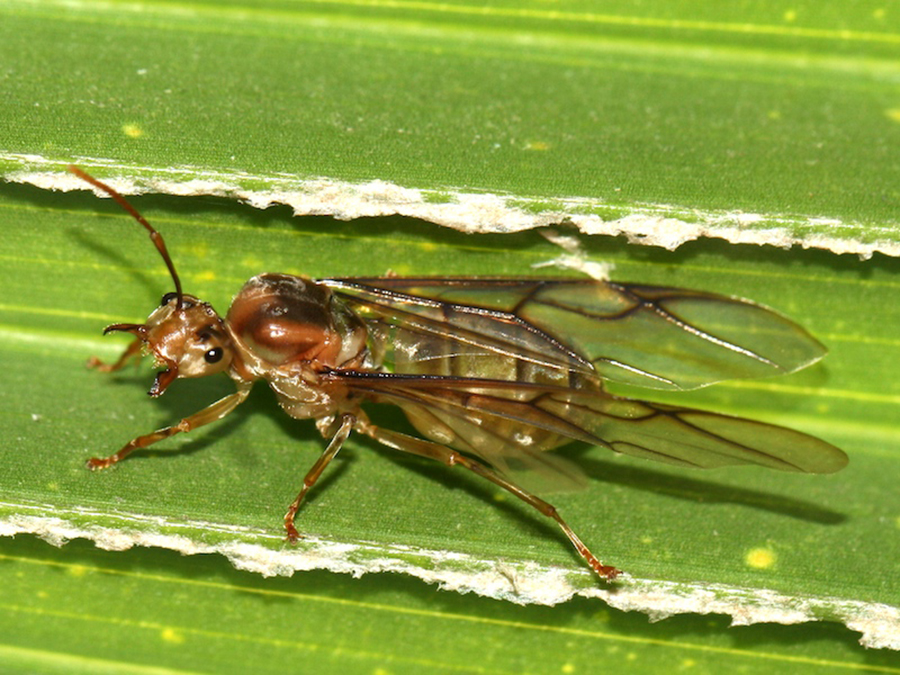 Ants are highly social insect living in large cooperative groups called colonies. An ant colony may consist of two or more generation living together. These colonies divided into three castes: males, workers and queens. Each caste plays different role in the colony.

Queen ants commonly stay at the colony but they use protein from their tender wings as their storage food. When the first ant litter is mature, they will find and bring food to the nest. Queen ants of some species can live over a decade and they are the longest living segments in the nest. They can produce thousands of eggs in their life cycle.

Queen ants commonly have a larger size than other segments. In addition, their bodies are sturdier which helps us to distinguish them easily. Their abdomen is bigger than others and they have typical wings which prove their position in the colony.

What is the role of queen ants in the colony?

Queen ants take responsibility for reproduction. They are the most important segment in the colony because they ensure the life of these species.

Most of eggs laid by queen ants will hatch into female winged ants and have no reproductive function which are called “workers”. Queen ants produce pheromone trail to control the workers. Workers cannot lay eggs. This is one of the funny things of the queen. They are the only segments laying eggs and workers will take care of their young, find the food and protect the nests. Therefore, queen ants produce pheromone which have effect on inhibiting the worker ant ovaries. In addition, queen ant can lay eggs without fertilization which will hatch the male ants. When the queens die, worker ants will develop the ovaries to lay eggs without fertilization.