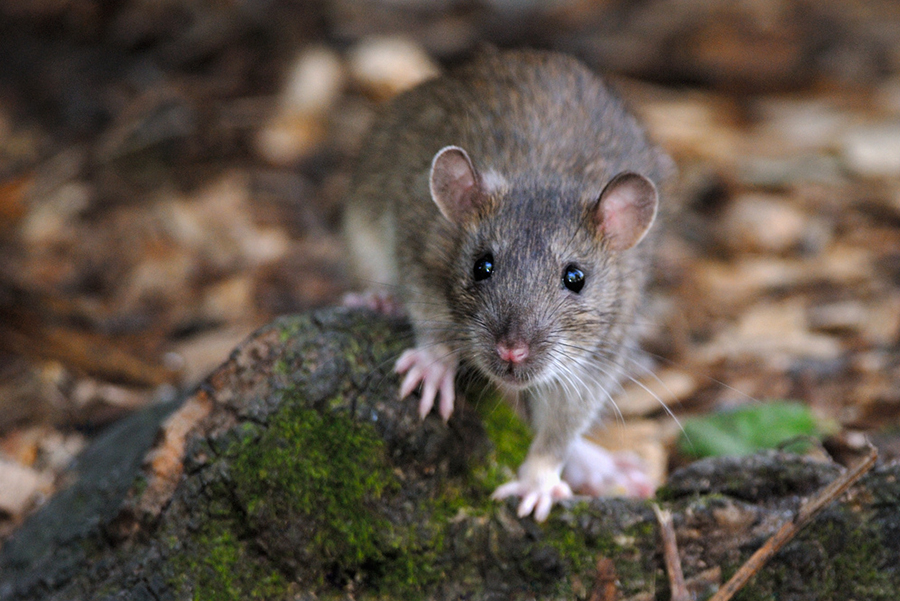 Brown rats are the common pests which effect to human’s life. Brown rats are large rodents which may weigh more than 500 grams. Although they are the same genus as black rats, they are one of the largest rats. Brown rats measure up to 40 cm in length and their tails are about 21 cm. The body of brown rat is covered in shaggy fur that is brown or gray in color. The ears and tail are covered in scales and their tail is shorter than their head and body. Their droppings are capsule – shaped.

Brown rats usually nest in underground to find the food easily. They tend to hide in day time. Brown rats are omnivorous and feed on variety of food sources. They eat almost food but cereal is an important part of their nutrition. Therefore, the infestations of these rats are very awful. Dead animals are their favorite food source and brown rats have an ability to catch some small fishes and other rodents. They require water to drink and these rats build their houses as close to water source as possible. Brown rats commonly live in communities with dominant and subordinate member although they are not truly social like ants.

Their sexual maturity will be reached within 2 – 5 months and they can breed any month of the year. They reproduce about 4 – 22 pups per litter. The female can breed three to twelve litters per year. Generally, brown rat life span can last a year as long as living in wildlife.

In normal condition, it is quite hard to see brown rats unless they are driven out of their hiding spaces because of limited space or disturbances. If they appear regularly, it means that their population is quite crowded. Outdoor burrow surrounding the building may be an indication of Brown rat nesting. Other signs that show their presence are gnaw marks on food and objects such as utility lines.

Another sign is when they move, rub marks or grease stains are caused by rats running along an edge. However, one of the most well – known signs is their droppings. Brown rat droppings are blunt and about 18 – 20 cm in length. Their droppings are scattered everywhere on their moving ways.

HOW TO PREVENT BROWN RATS

Brown rats commonly live in homes for three necessities of life: food, water and shelter. Homeowners need to have solution to reduce their living conditions.

In order to reduce food supplier, the trashes need to be covered and cleaned regularly. All of food which also include bird seed and pet food, should be kept in sealed containers. Homeowners also have to clean up fallen bird seed from around the base of bird feeders. Rats even eat pet feces in the yard and classify their food.

In order to reduce water sources, homeowners need to repair plumbing leaks as well as remove outdoor containers retaining water and ensure spigots and sprinklers are not dripping. Rodent shelters can be in woodpile or grassy areas. We can remove woods to keep lawns and maintain landscapes.

We should also seal up our homes. Doors, windows should not be left open, especially in the midnight when rodents are most active. Brown rats can fit through an opening as small as ½ inch. Any hole surrounding the doors, windows need to be sealed.

Rat or “brown rat” or “Norway rat” is a common rodent in Vietnam and others. This rodent spread to all of deltas except Antarctic. Actually, most of brown rats live in places that humans are living, especially in urban areas.

Nowadays, the frequency of rat presence in our life is much more than before. Initially, it is believed that they can only live in temperate forest but they are highly adaptable with living condition and they develop significantly in urban areas. Outdoor, we can find rats in burrow surrounding the buildings, rots and embankments. Inside, they hide in basements, crawlspaces, attics and sewers. They can transmit various diseases.